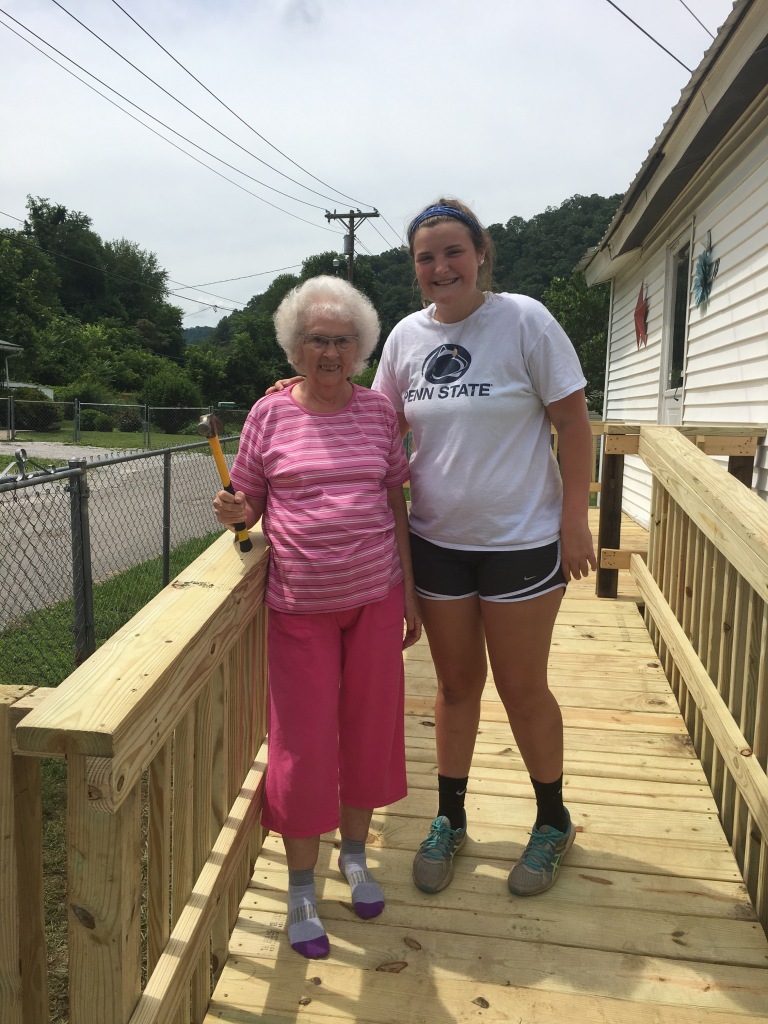 Have you ever thought about the difference just one person can make in this world? Saint Mother Teresa said “I alone cannot change the world, but I can cast a stone across the waters to create many ripples.” Let’s think about just the past few months and the things that have taken place during this time in history. Throughout time, there have been those who have stepped forward, some in very large and others in very small ways, to make a difference.

Did any of these people believe as children that they would become who they were (or are) as adults? Take Martin Luther King, Jr., who was a preacher, not a movie star or a politician, but he has become the very face of peaceful civil rights in our Country. Though some of these people were men and some women, some were born into prestigious families and some came from the poorest of homes, all of them have something in common. Whether they knew it or not, they all led their lives according to the teaching of Ghandi, “Be the change you wish to see in the world.”

The book, The Five People You Meet in Heaven, takes a centuries old teaching and brings it to life – every little thing you do, every choice you make, affects another person. I have been a mother for over 21 years, a Girl Scout Leader for 14 years, a camp director for 11 years, and a novelist for the past several years. I like to think that I have been able to touch the lives of hundreds of people in some way through one of these channels. Every summer, I see the affect that my wonderful camp staff has on the over 100 girls with whom we work. I have watched my own mother touch the lives of people she probably doesn’t even realize she has influenced, and believe me, there are many, perhaps thousands, who are the people they are today because she came into their lives in some way. 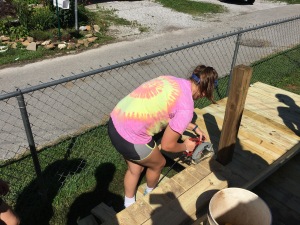 Last week, Morgan and Katie spent the week helping repair houses in Harlan, Kentucky. It was a very moving experience for them. They both came home changed people. So many times theoughout the week, they were thanked, prayed for and with, and told that their group was truly making a difference in the lives of the people they met and helped. While that’s a large endeavor, little things can be done every day to make a difference in someone’s life. Sometimes, just a smile is enough to change one’s outlook or reroute the course of their day.

How are you making a difference in the world? It doesn’t have to be a grandiose gesture; it can be just a stone cast across the waters that causes a ripple. Every one of us has the ability to influence countless people each and every day. What is the mark you are leaving on those around you? In some way, it just may be the mark you are leaving on the world. Make it count. 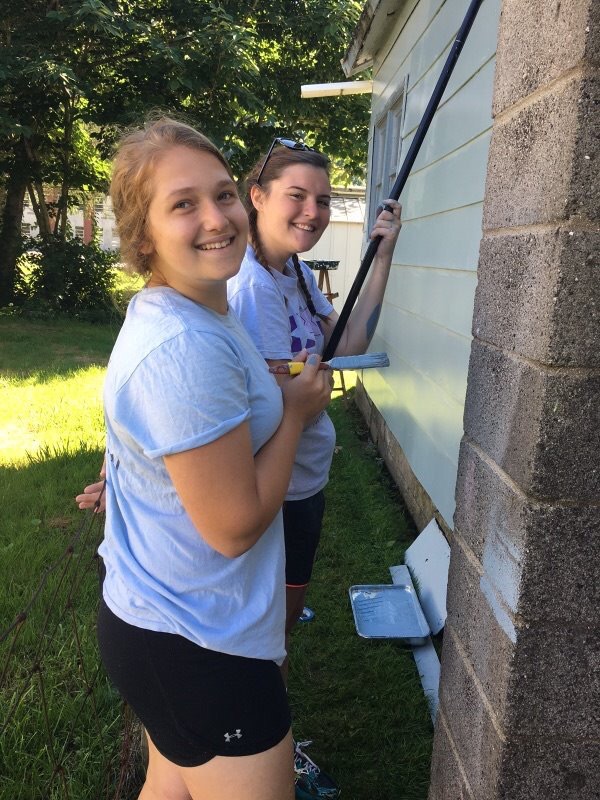 Amy Schisler is an award winning author of both children’s books and novels for readers of all ages. She lives with her husband and three daughters on the Eastern Shore of Maryland. Her books, Picture Me and Whispering Vines, are recipients of Illumination Awards, placing them among the top three inspirational fiction books of 2015 and 2016. Whispering Vines was awarded the 2017 LYRA Award for the best romance of 2016. Amy’s most recent novel, Island of Miracles, is now on sale.
You may follow Amy on Facebook at http://facebook.com/amyschislerauthor, Twitter @AmySchislerAuth, Goodreads at https://www.goodreads.com/amyschisler and at http://amyschislerauthor.com. 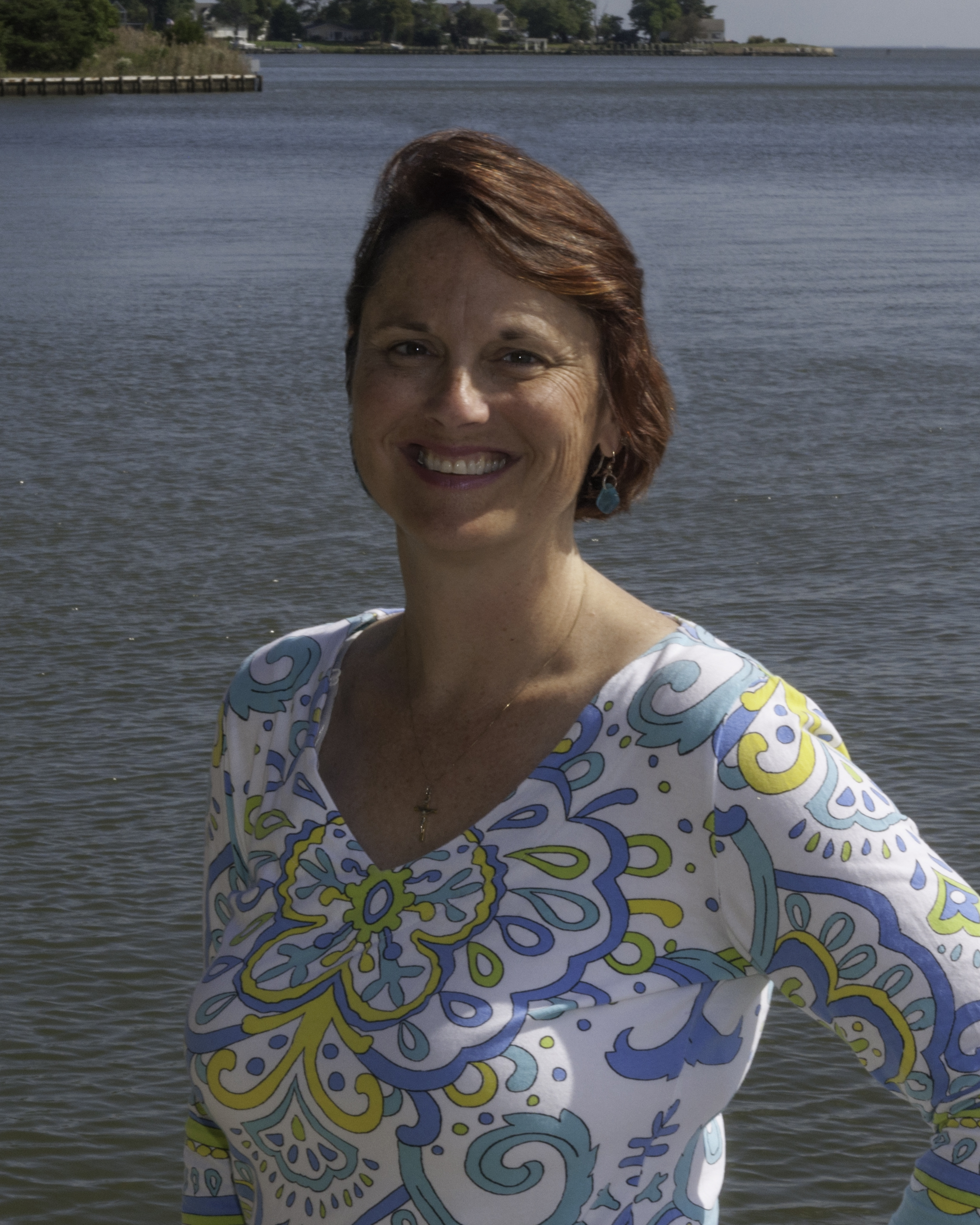