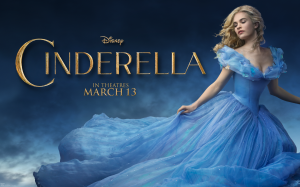 There was a lot of talk a couple of months back about the remake of the movie Cinderella.  My family and I loved the re-telling and its faithfulness to the classic fairy tale.  The thing that has stuck with me the most since seeing the film is the mother’s deathbed advice to Cinderella, “Have courage and be kind.”  Such simple words, but such deep meaning.

I recently came across a short article written about a question posed on Tumblr asking for simple advice: how can I be kind?  The blogger’s answer may surprise some.  In a nutshell, he told the writer to “fake it.”  Yes, you read that right.  The advice was to think about what an actual kind person would do, and just do it.  He suggested that over time, even a horrible person could learn to become kind.  “…There isn’t actually any difference between doing something nice for someone because you are naturally saintly and perfect, and doing something nice for someone because you are secretly demonic and trying to cover it up. It’s still an act of kindness either way, and you still made their lives better” (author, Neil Gaiman).  His advice was to smile, say hello, act interested in what others have to say, and give people the benefit of the doubt.

I’ve thought about this a lot lately.  What if we all did this every day?  What if we pretended not to be in a bad mood, not to be angry at someone, not to be disinterested in what someone is saying?  What if we actually acted like we care about everyone even if we don’t?  Does that sound harsh or even sarcastic?  Perhaps at first, but what if it became a habit?  Maybe in time, we would actually learn to be in a good mood, to quickly get over our anger, to actually find an interest in what others are doing or saying, to truly care about others.  What if our pretending became who we are in reality?  As the song says, what a wonderful world it could be.